The acquisition of objects during exploratory/military missions was an important source for the formation of ethnographic collections. The focus of the paper is a systematic analysis of the modes of collecting during the “Togo Hinterland Expedition”. Several items that had been acquired on it found its way into mayor ethnographic museum collections (Berlin, Leipzig). Their acquisition has not yet been considered in their colonial context.

The “Togo Hinterland Expedition” of 1894/1895 was intended to repel French and British colonial interests by extending the German colonial power upriver along the Niger. Therefore, the primary task of the exploratory/military mission was to enforce German rule through the signing of treaties and/or the exercising of punishment against the local population. Another goal of the expedition was the scientific exploration of the northern territories of the German colony. Consequently, one of its members, Ernst Baumann (1871-1895), who had been educated in ethnography and natural history in Berlin, was responsible for the collecting of several items that were later displayed from the colonial exhibition in Berlin (1896).

The “Togo-Hinterland Expedition” has already received attention by researchers due to its importance for the political history of the German colony Togo. This article has a different focus, taking a closer look at the acquisition of ethnographic objects during the expedition, based on the rich documentation by its members, in the form of memoirs, reports to the colonial office and letters to museum officials. A vast range of different forms of collecting can be observed, ranging from legal acquisition to plundering. Furthermore, the article aims to analyse the modes of action of the different parties involved in the process within the colonial context of exploratory/military expeditions. 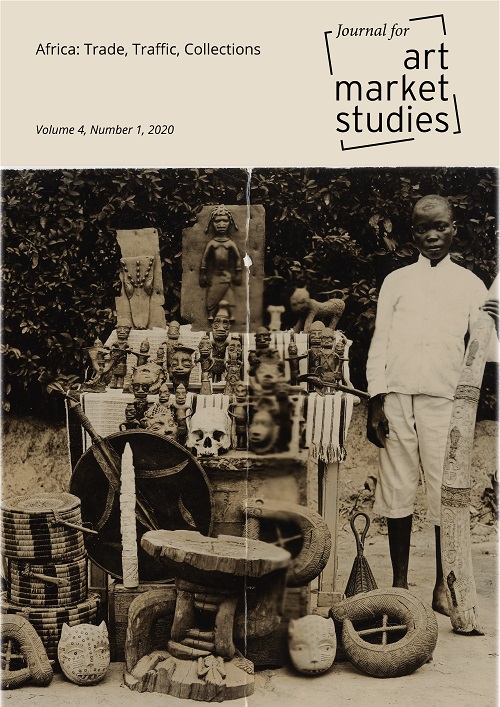