Buying and selling East Asian art during the first decade after the October Revolution in 1917: museum purchases in Moscow

This article attempts to show how East Asian art was sold and bought in Russia in the first decade after the revolution 1917 by taking the example of the State Museum of Oriental Art (SMOA) in Moscow. The emergence of the SMOA itself was a consequence of political change. East Asian art objects were of interest since the authorities wanted to demonstrate interest by the new state in its Eastern neighbours.The focus of this paper are the forms of sale to East Asian art the museum during the first decade after the Revolution (up to 1928). Until 1917, Asian art objects were mainly held in private collections. In the late nineteenth and early twentieth century, the collectors of East Asian art were mostly industrialists, such as the brothers Sergei and Pyotr Shchukin. The Revolution of 1917 changed the situation: the free art market practically ceased to exist under the Bolsheviks, and the field of private collecting and museum development changed overnight. Nevertheless, buying and selling art was still possible in Russia during the first decades after the Revolution. While private and state museums, galleries, and libraries were nationalised, and the most important private collections were declared property of the new state, smaller private collections were available for sale. The article is based on non-published inventory books and other archive documents of the SMOA and of The State Archive of the Russian Federation (GARF). While available sources are limited, due to the lack of published archives, but also the irregular record-keeping typical for post-revolutionary chaos, the museum archive allows a closer look at the process of buying and selling East Asian art objects from a new angle.

Anna Pushakova is a curator of Japanese art in The State Museum of Oriental Art (Moscow, Russian Federation). She is a keeper of Japanese and Chinese art collections, predominantly woodblock prints, calligraphic works and scrolls. 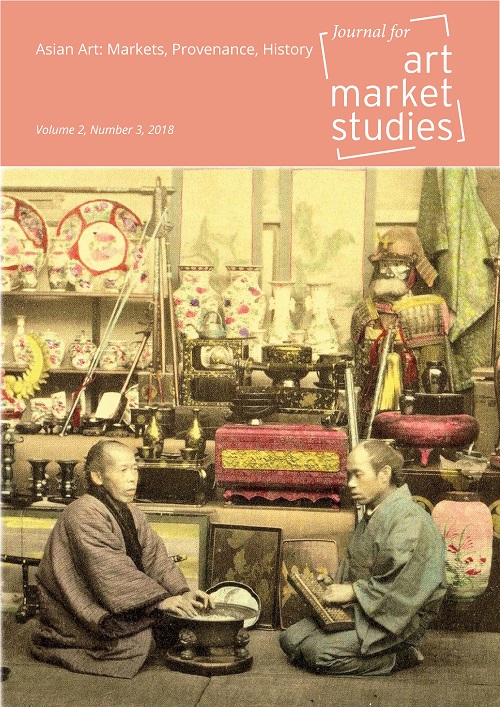